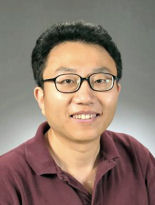 Our research interests focus on addressing the problems that are at the interface of nanochemistry and bio-analytical chemistry. Combinations of biological and material components with complementary properties will be developed as powerful tools for fabricating functional nanostructures and characterizing the biological world. In particular, our research starts from three directions: nanocrystal synthesis, nanocrystal assembly, and nanocrystals for use as biological markers.